J. Clark Webber wanted to establish the visual brand of his one-man musical act. He describes the music as “dragging the old things into the future.” Indeed, you can hear that he has carefully merged the two. He relies on modern digital technology to pull off the live, multi-instrumental set yet retains the warmth and soul of his analogue instruments. The songwriting style sounds like Tom Petty and Elvis Costello at times, however brought into the more contemporary aesthetic climate of acts such as Nine Inch Nails and Tune Yards.

The main concept of this brand was to represent the thematic relationships of digital vs. analogue and old vs. new. The solution was crisp, bold graphics with a tinge of the 1960s Super 8 feel. Photos are treated with a grainy halftone texture, like a blown-up and overly photocopied newspaper. The final logo landed on a look that’s the mixture of 60s pop art and typography reminiscent of a stern mid-century airline logo. 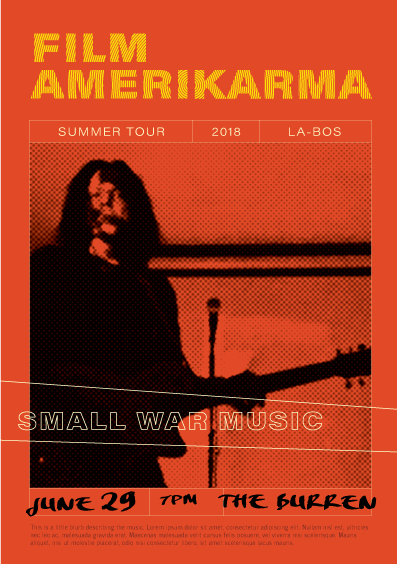 “The Odd Zero approach of helping me to verbalize how I saw my brand not only led to a new visual representation, but also a deeper understanding of what I was trying to convey. I came for a logo, and left with a rooted vision. That may sound over the top, but it’s true nonetheless.”